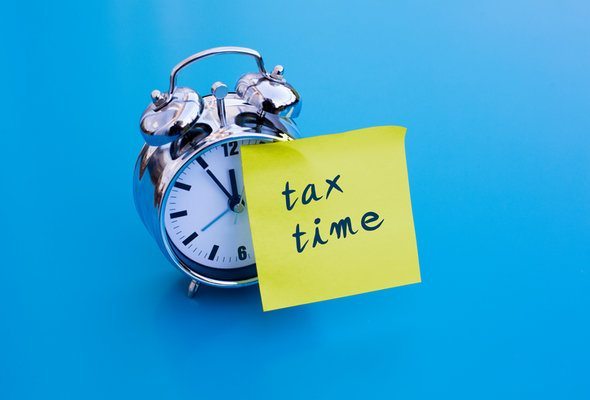 A path toward a long-sought congressional vote on a federal budget reconciliation bill appeared to open Wednesday as Sen. Joe Manchin, D-W.Va., endorsed fast-track legislation that would contain a variety of tax provisions.

Manchin’s buy-in, which surprised observers and even some members of his own party, came with his agreement on the package’s contents with Senate Majority Leader Chuck Schumer, D-N.Y. Provisions intended to reduce the federal deficit, along with measures aimed at lowering energy and health care costs, were prominent in Manchin’s statement issued Wednesday.

The bill, titled the Inflation Reduction Act of 2022, also includes some of the proposed measures to combat climate change that were originally in President Joe Biden’s signature Build Back Better legislation, which had been mired in debate for much of Biden’s administration. Some of these provisions feature new or expanded tax credits.

The Inflation Reduction Act’s centerpiece tax provision, however, is a 15% corporate minimum tax, which also has been controversial but that Manchin endorsed in his statement.

“It is wrong that some of America’s largest companies pay nothing in taxes while freely enjoying the benefits of our nation’s military security, infrastructure, and rule of law,” Manchin said.

The provision would apply the tax generally on the excess of 15% of C corporations’ adjusted financial statement income over any corporate alternative minimum tax foreign tax credit for the tax year, for corporations with average annual adjusted financial statement income for the three consecutive tax years ending with the tax year exceeding $1 billion. A $100 million threshold would apply to certain “foreign-parented” corporations. The provision, which would apply to an estimated 200 companies, would be effective for tax years beginning after 2022.

Individuals and organizations including the AICPA have criticized a corporate minimum tax based on financial statement, or “book,” income. The AICPA wrote congressional tax-writing committee leaders in October 2021 and again in June 2022, counseling against including such a tax in a reconciliation bill.

Among its concerns with the provision, the AICPA stated that it introduces new complexities in calculating taxes for affected corporations. More fundamentally, by basing it on book income, the tax “takes the definition of taxable income out of Congress’s hands and puts it into the hands of industry regulators and others,” both letters stated.

In all, the energy and environmental provisions are estimated to cost $369 billion and reduce carbon emissions by 40% by 2030, according to a summary by Schumer’s office. In an accompanying statement, Schumer thanked Manchin for helping reach an agreement “that can earn the support of all 50 Senate Democrats.”

Biden said in a statement Wednesday that he had spoken with Manchin and Schumer, thanked them, and offered his support for the bill. He stated that, besides the energy provisions, the legislation would reduce the federal deficit, thereby combating inflation, and allow Medicare to negotiate prescription drug prices, reducing health care costs.

“And we will pay for all of this by requiring big corporations to pay their fair share of taxes, with no tax increases at all for families making under $400,000 a year,” Biden said.

Despite an air of assurance in the senators’ and president’s statements, however, the deal still faces hurdles that include vetting by the Senate parliamentarian for budgetary rule compliance and a vote by the chamber, which Schumer said he expects will occur next week.

The apparent freeing of the logjam on reconciliation comes a day after the Senate passed another bill that had been long in reaching consensus, one that would support domestic semiconductor manufacturing and research, in part with a new investment tax credit.

previousDO YOU NEED AN HSA?